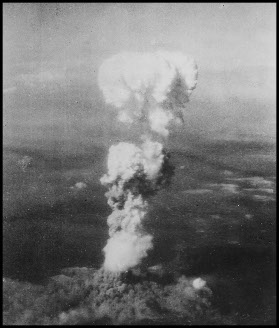 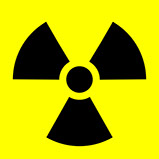 This podcast contains information that may be emotionally disturbing.

Atomic Bomb Blast on Hiroshima in 1945

In this podcast we look at the devastating effects of the bombing of Hiroshima and also the war between Canada and the US, in 1812.

Did we (Canadians) really burn the White House? In the war of 1812 England and Canada were on the same side, against the United States. The Americans were using incendiary canon balls which were shot from across the Niagara river. These canon balls burned down many Canadian homes. Finally we marched down – to Washington, DC and set fire to the White House, in retaliation. Of course it wasn’t called the White House until they re-painted it, after the attack. After the war of 1812, Canada and the United States have been friends ever since, and never fired a shot in anger against each other.

In 1945 the United States dropped the first Atomic Bomb on human beings. One of the many people killed was an eleven year old Japanese boy.

He was working at the Mitsubishi factory where they were making kamikaze mini-submarines. He was being trained to give his life for Japan, by steering one of these mini-submarines to destroy an American ship.

The mentality of the Japanese people at the time of the second world war was very aggressive toward the Americans. The citizens were being trained to attack Americans with any weapon they could get their hands on. Everyone would give his, or her, life to kill an American.

When General MacArthur accepted the surrender of Japan aboard the USS Missouri, he assumed command of that area. One of his edicts was to keep any information about the effects of the atomic bombs from reaching the American people.

Why? What was so sensitive that they didn’t want us to find out? Were they ashamed of what they had done? Or, is this the typical “keep it from the people” mentality that continues today? From that time onward, Japan and the United States have been friends.

Did you know that we have had one war every three years, on average, since 1800? Aren’t we getting tired of so much war? Are we in World War Three right now? How do you stop the insanity of so much war?

This podcast discusses all of these subjects. Please be warned that the content of this podcast is very “frank.” Your ears may not like it.