Books Available on Amazon, in Kindle E-Book Format Only

The Truth About the Gnostics

The Truth About Nuclear Energy

Medical Research from the

Past and the Present 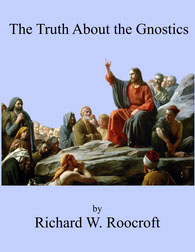 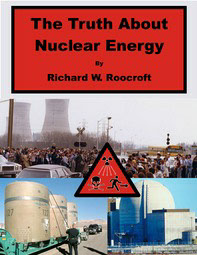 This book tells you the “core teachings” of Gnosis. People don’t have a lot of time to go through hundreds of hours of study in order to find the keys to the universe. This book, “tells it to you like it is.” There’s no “sugar coating.” You either get it, or you don’t. This is what Jesus Christ taught the apostles 2000 years ago; and this is what Samael Aun Weor has taught people today.

The “three factors of the revolution of the consciousness” are described here. This information was kept secret for over 2000 years. Now, the time is too short; it must be given to the world in a language that people can understand.

This is a history book about the “Atomic Age.” We look at radioactive contamination from various parts of the world including Russia, England, Canada, and the United States. We look at the official version of atomic theory, and we look at what Walter Russell had to say abut nuclear energy.

Is the radioactive contamination that we have in our atmosphere responsible for the many illnesses that we have today? And, what about airplanes falling from the sky? Can radioactivity cause metal to “fatigue?”

This is an eye opening story that paints a very bad picture of the nuclear industry, and the “unholy alliance” between the banks, government, and big business.

Once in a while science misses a step by forgetting important discoveries that were made in the past. This is certainly the case with regard to medical findings that have been overlooked. It has always been the case that discoveries made in science are never appreciated at the time they are made, but are recognized many years later.

We look at the works of Lakhovsky, Rife, Clark, Beck, Naessens, Wainwright, Revici, Hamer and Becker. We also look at important protocols such as Chlorine Dioxide, Magnetic Therapy, The New German Medicine, and more. What does a psychological shock have to do with illness? Could it be that an emotional conflict will result in you getting sick?