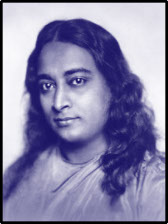 Paramahansa Yogananda wrote the book Autobiography of a Yogi in 1946

In the movie The Razor's Edge, Bill Murray played the part of Larry Darrell, someone at the "top of the world," but yet unsatisfied with life. He wanted more. The movie continued as Larry journeyed through a war, difficult working environments, and finally a trip to India. There he found the answers at the top of a mountain.

Years ago the rock group The Beatles felt the same way. They were at the top of their game in the music industry. And yet they had questions. There was something missing; so they journeyed to India to seek the answers.

Likewise the late Steve Jobs went to India. According to his biography, he had the book Autobiography of a Yogi on his iPad during the trip. Jobs was at the top of the world in business; and yet he was seeking answers.

Paramahansa Yogananda wrote the book Autobiography of a Yogi about 60 years ago. He grew up in India, obtained a university degree, met some amazing people, and came to the United States to tell us about it.

The book Autobiography of a Yogi is an essay in "Jinn Science." Yogananda gave us story after story of men performing "miracles." Is there any truth to this? Did he come to the United States to tell us lies? Are there real answers?

In this podcast we discuss the life of Paramahansa Yogananda, Jinn science, dimensions, and zero point energy.