38 – Can Science Learn From Religion? 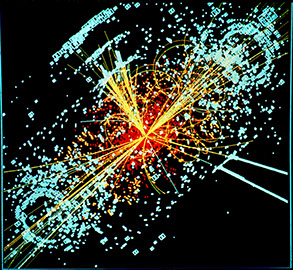 What happens when we try to mix water and oil? Don't you get a mess. The water and oil do not want to be together. Science and religion seem to be like that. Scientists believe religion is worthless, and religious people believe scientists don't even try to understand God. In this podcast we take a deeper look at both in an effort to synthesize the two.

Did you know that Jesus Christ was more of a scientist than our current scientists? If you take a look at the Gnostic Gospels, and in particular the Pistis Sophia, which is the Gnostic Bible, you will see some shocking truths. Christ taught the apostles how the universe works. That's right. The Master of the universe, 2000 years ago, taught the apostles about some scientific concepts that would make our current scientists look stupid.

In this podcast we look at something called a “Perfect Multiple Unity.” This is one of the first things Jesus taught the apostles, and it is one of the least understood concepts of science. We also look at what Alchemy is all about. Scientists of today think Alchemy is ridiculous. But, when you understand the true meaning of Alchemy, you will have knowledge that few people in the world possess. Finally we look at the real meaning of Kabbalah. This is a “road map” or you could say a “diagram” of how the entire universe actually works.  At a very deep level the universe is not quite what it seems. When you look at the teachings of Jesus Christ, Walter Russell, and Samael Aun Weor, we can open the door of real understanding.

Walter Russell on the other hand gave us a huge amount of information pertaining to how the universe works. This is the man that proved the existence of God scientifically. He is also the man who discovered the secrets of the universe.

Samael Aun Weor brought “Gnosis” into the world. He also brought us the knowledge of Alchemy, and Kabbalah. Conventional scientists of today believe that Alchemy is a lost science that has little or no relevance today. They also believe that Kabbalah has no scientific value. Are scientists right?